BioSteel All-American Game To Be Hosted at USA Hockey Arena

COLORADO SPRINGS, Colo. – The BioSteel All-American Game, which will feature two teams made up of the top American-born prospects eligible for the 2020 NHL Draft, will be played at USA Hockey Arena in Plymouth, Michigan, for the first time ever it was announced today by USA Hockey. The contest will be staged on Monday, Jan. 20, with opening faceoff set for 7 p.m. ET.

The game is a joint effort between USA Hockey, the USHL and NHL and will feature players from the U.S. National Under-18 Team of USA Hockey’s National Team Development Program taking on a group of the best American-born players from the USHL, which is the lone Tier I junior league in the United States.

“We look forward to bringing the BioSteel All-American Game to USA Hockey Arena and we’re particularly excited to have the close partnership of the USHL and NHL in putting on this game,” said John Vanbiesbrouck, assistant executive director of USA Hockey. “With our new format, and moving the event from September to January, we think the game will be extremely competitive and a terrific showcase of our top players. To have the future American stars of the NHL all on a single sheet of ice is really unique and something fans will enjoy. 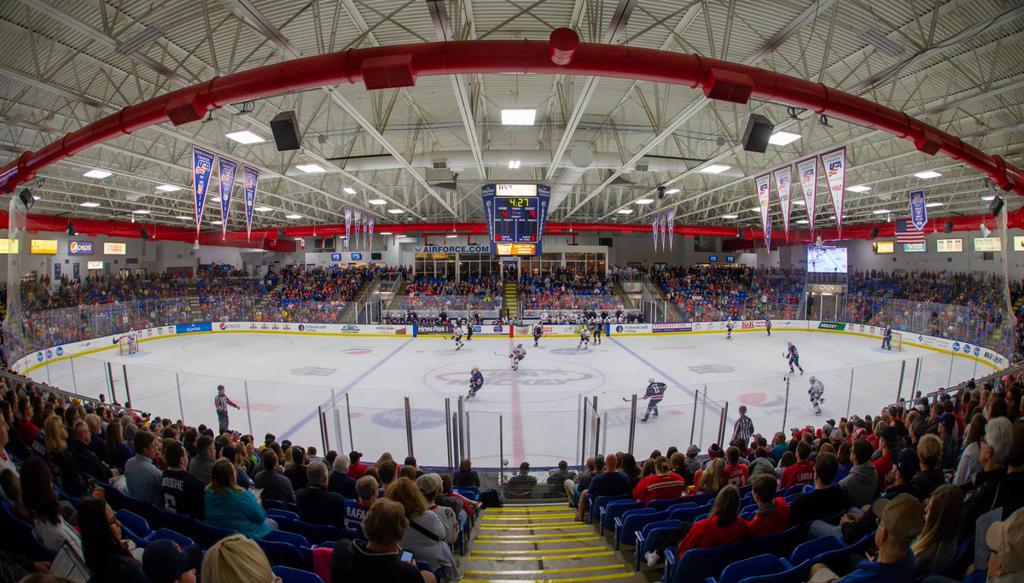 “We’re also really excited to have BioSteel as the title sponsor of the game and very appreciative of their support.”

“Our partnership with USA Hockey and the NHL has never been stronger and working together on this game to celebrate our top players is something we’re very much looking forward to.” said Tom Garrity, commissioner of the USHL. “Hockey in our country continues to grow and get stronger and we’re proud to be part of those efforts each and every day.”

Tickets for the BioSteel All-American Game will go on sale to the general public on Oct. 25 at 10 a.m. ET at the USA Hockey Arena box office or online, here.

Notable players from last year’s contest include Jack Hughes (Orlando, Fla.), who was selected first overall by the New Jersey Devils, and the game’s most valuable player, Matt Boldy (Millis, Mass.), who was taken 12th overall by the Minnesota Wild at the 2019 NHL Draft in Vancouver.

NOTES: The BioSteel All-American Game takes the place of both the USA Hockey All-American Prospects Game and the USHL Top Prospects Game ... The final rosters, along with the coaches and on-ice officials for the BioSteel All-American Game, will be named at a later date … The U.S. National Under-18 Team from USA Hockey's National Team Development Program plays in the USHL ... Previous coaches for the game include Phil Housley and Rob McClanahan in 2012; Mark Johnson and Joe Mullen in 2013; Mike Grier and Eddie Olczyk in 2014; Derek Plante and Jeremy Roenick in 2015; Mark Howe and John LeClair in 2016; Chris Chelios and Brian Leetch in 2017 and Jamie Langenbrunner and Jordan Leopold last year ... Previous host sites have included Buffalo, New York, (2012, 2014, 2015, 2017), Minnesota (2018), Pittsburgh (2013) and Philadelphia (2016) … For more information on the BioSteel All-American Game click here.