PLYMOUTH, Mich. — For all of the participants, the 2020 BioSteel All-American Game offered an opportunity to skate in front of hundreds of professional and college scouts.

For a select few, it also meant a trip back home.

Five of the players in Monday’s game at USA Hockey Arena hail from Plymouth, while others are more than familiar with Metro Detroit.

For Team Knuble, Jacob Truscott (Port Huron, Mich./U.S. National Under-18 Team) and Tanner Latsch (Muskegon, Mich./U.S. National Under-18 Team), played on home ice both in terms of their home state and their current program. For Ryder Rolston (Birmingham, Mich./Waterloo Black Hawks), Ryan Beck (Linden, Mich./Dubuque Fighting Saints) and Aidan McCarthy (Novi, Mich./Dubuque Fighting Saints) of Team Gomez, the invitation to participate in the BioSteel All-American Game presented a reason to return home from their junior clubs in the midst of the United States Hockey League season.

“Yeah it’s a huge honor, any time you can play in a game like this, it’s a great accomplishment,” said Truscott, a standout defenseman for the U18 team and a University of Michigan commit. “It showcases all of the good players out there, and when they all come together, it’s something special. The group we have is definitely a special group, full of top-end guys and prospects, so it was a fun one out there.”

Mixed in among the scouts were family and friends of all of the Michigan natives, as loved ones took advantage of the rare opportunity to see them compete in a prestigious event at a rink frequented by all during their youth hockey days.

“Yeah, it was awesome, I had a little fan section up there,” said Beck, who is in the midst of his first full season with the Dubuque Fighting Saints. “I had a whole lot of family here supporting me, so thanks to them, it was awesome.”

“It’s huge, you walk into the locker room and you know a lot of guys, it helps with the chemistry. You don’t have to be shy at all, you can jump right into it. Being able to know everyone really helps.”

The players were taking part in the first year of a reformatted game, as USA Hockey made the decision to combine the All-American Prospects Game and the USHL Top Prospects Game into one event. A new added wrinkle was allowing the NTDP U18 Team to play together as one of the teams — Team Knuble — while the USHL players made up Team Gomez.

While Team Knuble won 6-1, NTDP coach Seth Appert said the new format allowed all of the players to demonstrate their skills to the scouts in attendance better than typical prospect games.

“It was a special game to be a part of,” Appert said. “I certainly want to thank all of our partners and USA Hockey for putting it on. I thought, especially through 50 minutes, the pace, the physical competitiveness of the game was special for a prospect game. Usually these games can turn into glorified shinny hockey, and tonight’s game was a real hockey game, so a special opportunity for the players on both teams but also a great opportunity for the scouts to see a real hockey game with 40-some great American players.”

The competitiveness surely helped the players forget about all the people watching — or the fact that the game was being broadcasted on the NHL Network. Still, for McCarthy, the starting goaltender for Team Gomez, the nerves were there.

“Yes and no,” he said in regards to whether he felt any pressure with all the scouts and added attention. “Yeah, we understand there were a lot of scouts, this is a big game, but at the same time, you just have to go out there and have fun. You can’t make too big of a deal out of it. But yes and no, there is a lot of pressure.”

Rolston said the scouts have been present all season and that he was more excited to participate in the event on home ice.

And the rare occasion to come home wasn’t lost on anybody.

“It’s really fun,” McCarthy said. “It’s really special playing in front of all my friends and a lot of my family, and then obviously playing with a lot of these guys that I know from before and stuff, just playing here at home, it’s a big deal and a lot of fun.” 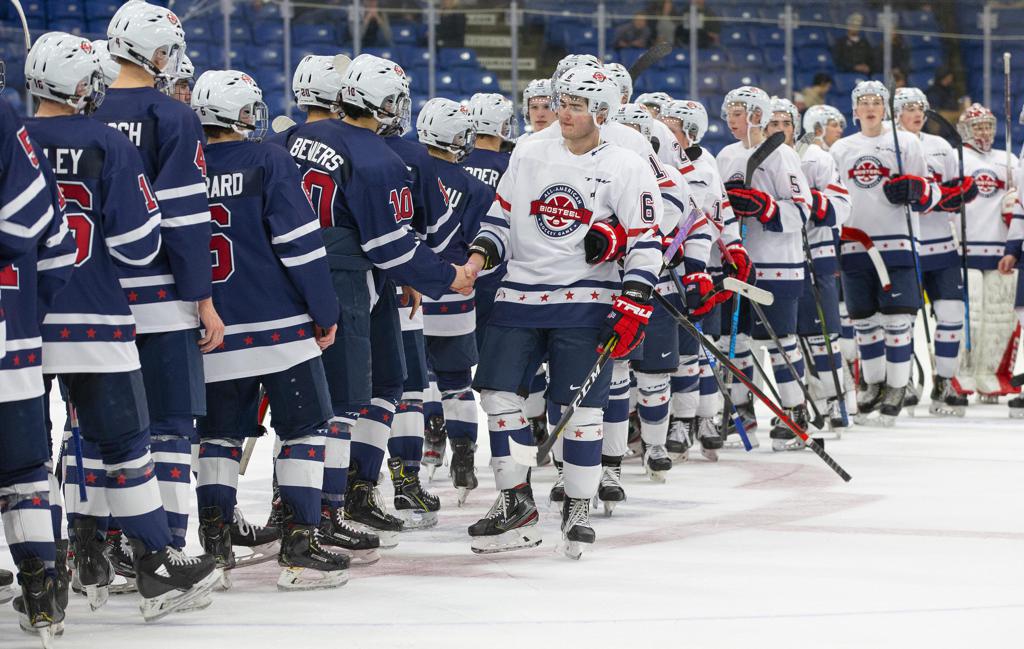 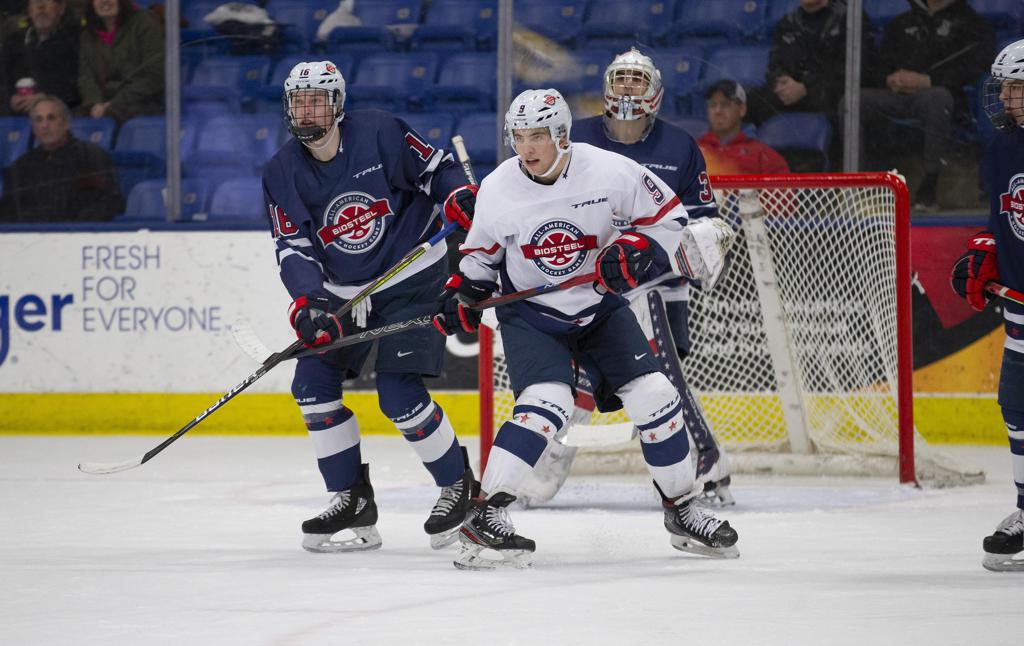