COLORADO SPRINGS, Colo. – USA Hockey announced today the players who will compete in the 2021 BioSteel All-American Game, set for April 7 at USA Hockey Arena in Plymouth, Michigan. The contest, a showcase of top American players eligible for the NHL Draft, is set for 8 p.m. ET and will be televised live on NHL Network.

All players participating in the BioSteel All-American Game play in the United States Hockey League, the only Tier I junior league in the U.S.

The contest will feature the U.S. National Under-18 Team from USA Hockey’s National Team Development Program and a roster comprised of 22 players from other USHL teams.

Those 22 players, which include 13 forwards, seven defensemen and two goalies, represent 10 different USHL teams, with the five Chicago Steel players leading all teams.

Overall, the game will display the future of college hockey, as 41 of 43 players are currently committed to play NCAA Division I ice hockey. Seventeen different states feature players on the roster, with Minnesota leading all states with nine players. 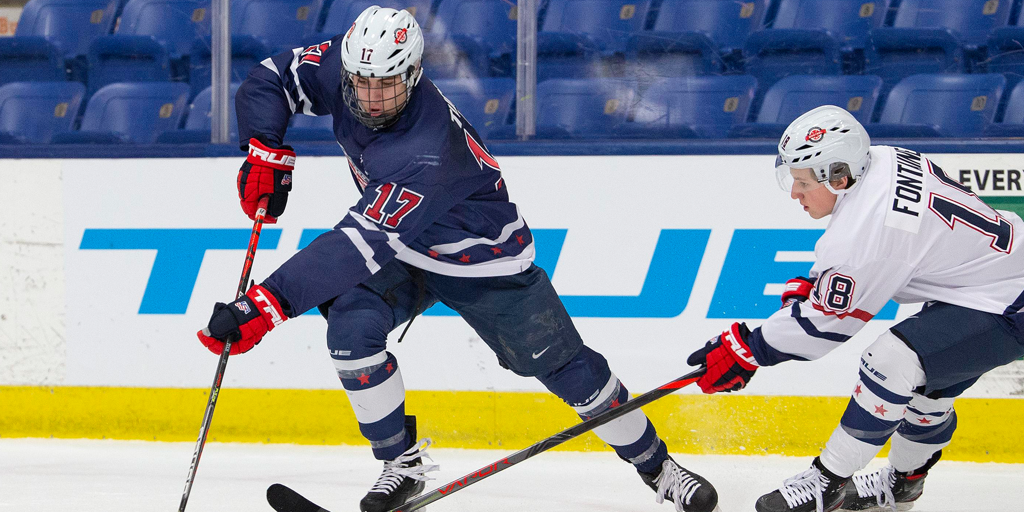