Player Feature - AAPG Will be Homecoming of Sorts for Greenway 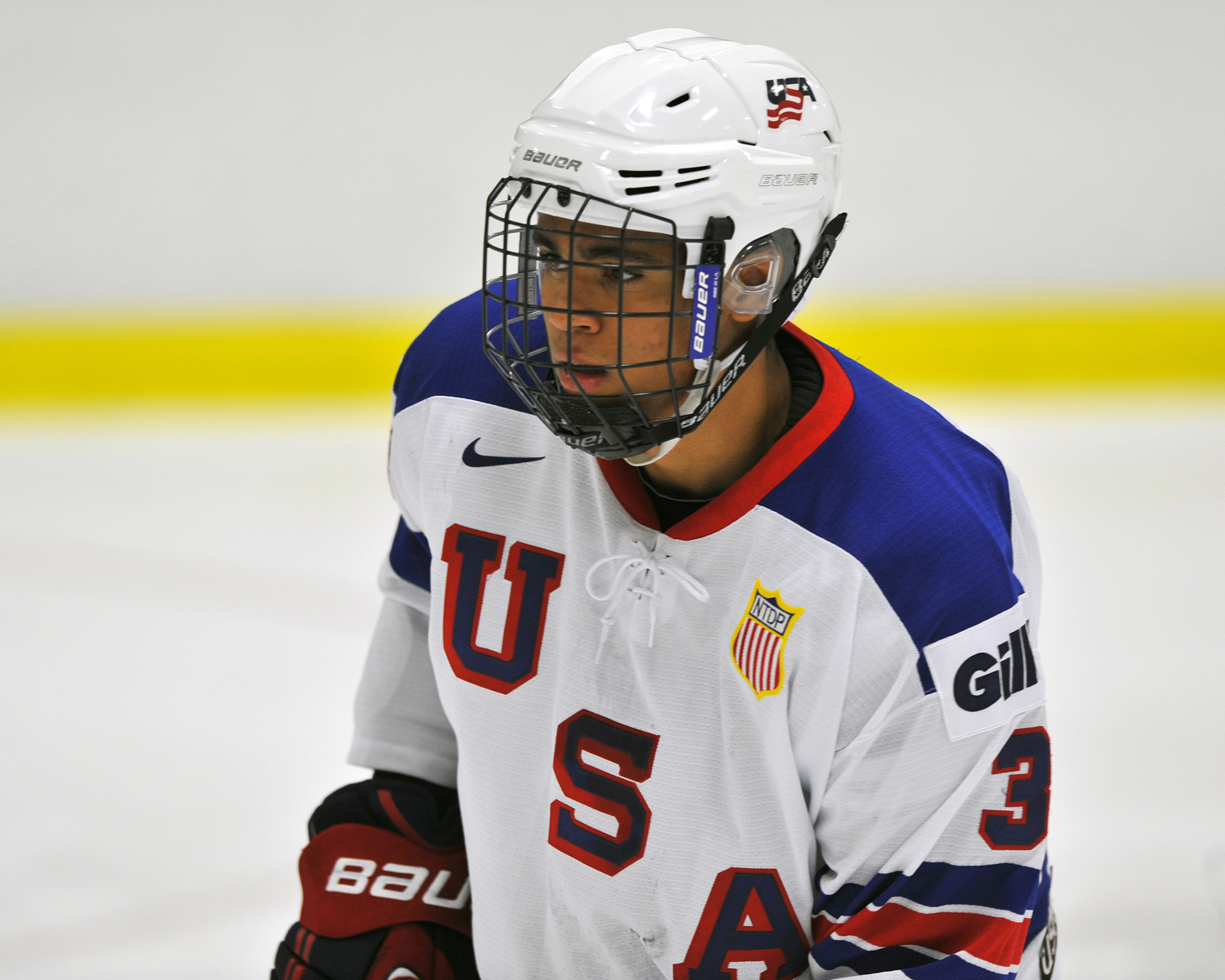 Being invited to play in the CCM/USA Hockey All-American Prospects Game is a treat for any player.

When U.S. National Under-18 Team forward Jordan Greenway suits up for the game on Thursday, however, it will be extra special. The annual pre-draft game, which is in its third edition, will be held at First Niagara Center, home to the National Hockey League’s Buffalo Sabres and just a five-hour drive from Greenway’s home in Potsdam, New York.

“It’s great. I’m really excited for it,” said Greenway, who was selected for the game as one of the top 42 American-born players who are eligible for the 2015 NHL Entry Draft. “I think most of my family is going to come out for it, so that’s exciting. It’s an honor to be selected to play there.”

“It will definitely be different since, obviously, I have been with them for over a year now,” said Greenway, who plans to play college hockey at Boston University, which is also where Grier played. “I think it will be fun playing against them and strange not to be on the same bench with all of them.”

Greenway, who appeared in 52 games and had 15 goals and 41 points as a member of the U.S. National Under-17 Team last year, has already seen changes in his game in the young U18 season.

“I think I am learning the game better, and with the facilities we have here, I can work on my skills all the time,” he said. “Overall, my hockey IQ has most improved. I listen to coach. He shows videos, especially from the NHL. It's the little details he gives us that help so much.”

Plus, the forward has discovered how important it is to take advantage of his 6-foot-5, 222-pound frame on the ice, both in the corners and in the open ice.

“Obviously, it comes naturally to you,” he said. “It’s going to have to be an advantage to you. I think that once you realize it and use it to your advantage, that is your go-to thing. It is going to make you better, especially against a smaller guy.

“Once I [realized] that’s the way I have to play, that is how I have incorporated it, and coach has helped me out with it. For the most part, it’s knowing this is what you have to do.”

Greenway has another reason to cherish this season. His younger brother James, a 6-4, 205-pound defenseman, is a member of the U17 Team. The brothers are close and obviously share a special bond, both as brothers and as members of Team USA.

“It’s great having him here,” Jordan said. “We are best friends. I’m watching him grow up as a player and a person. The fact he is following in my path, it makes me happy. It means I have to be a role model and set the bar for him. I think that is a special thing. I’m really happy he is here, and it’s fun to watch him become a better hockey player.”

They trained together this summer to get ready for each of their respective teams.

“We worked out and skated together. We were pretty much together all the time,” Jordan said. “He can turn to me for advice. He knew what the experience was going to be like coming in since I could help him out whenever he is down, and he can feel that he has somebody to talk to since I’m here. There are advantages to it, and I hope he enjoys it.”

The older Greenway has some goals he wants to accomplish in his final season in Ann Arbor.

“For the team, I really want to win the U18 World Championship in April,” he said. “It’s a pretty big goal that we have set as a team since the beginning of last year. It’s a pretty big goal. We have big expectations. We look forward to the challenge. It gives us more motivation for us to do well.

“It’s a big year, too, due to the draft. I just want to do as well as I can and hope everything else works out.”

One thing hasn’t changed for Greenway: the privilege and honor he has to wear the USA sweater every day.

“It’s an honor,” he said. “Obviously, not too many people get to do it. There are just 22 guys out of the 1997 birth year, and I’m one of them. Going and playing against Russia, Canada and other countries is great. To bring home the gold at the end would be unbelievable.

“Winning the U17 World Challenge [is my best memory so far]. That was our year-long goal last year, and being able to accomplish our goal was unbelievable.” 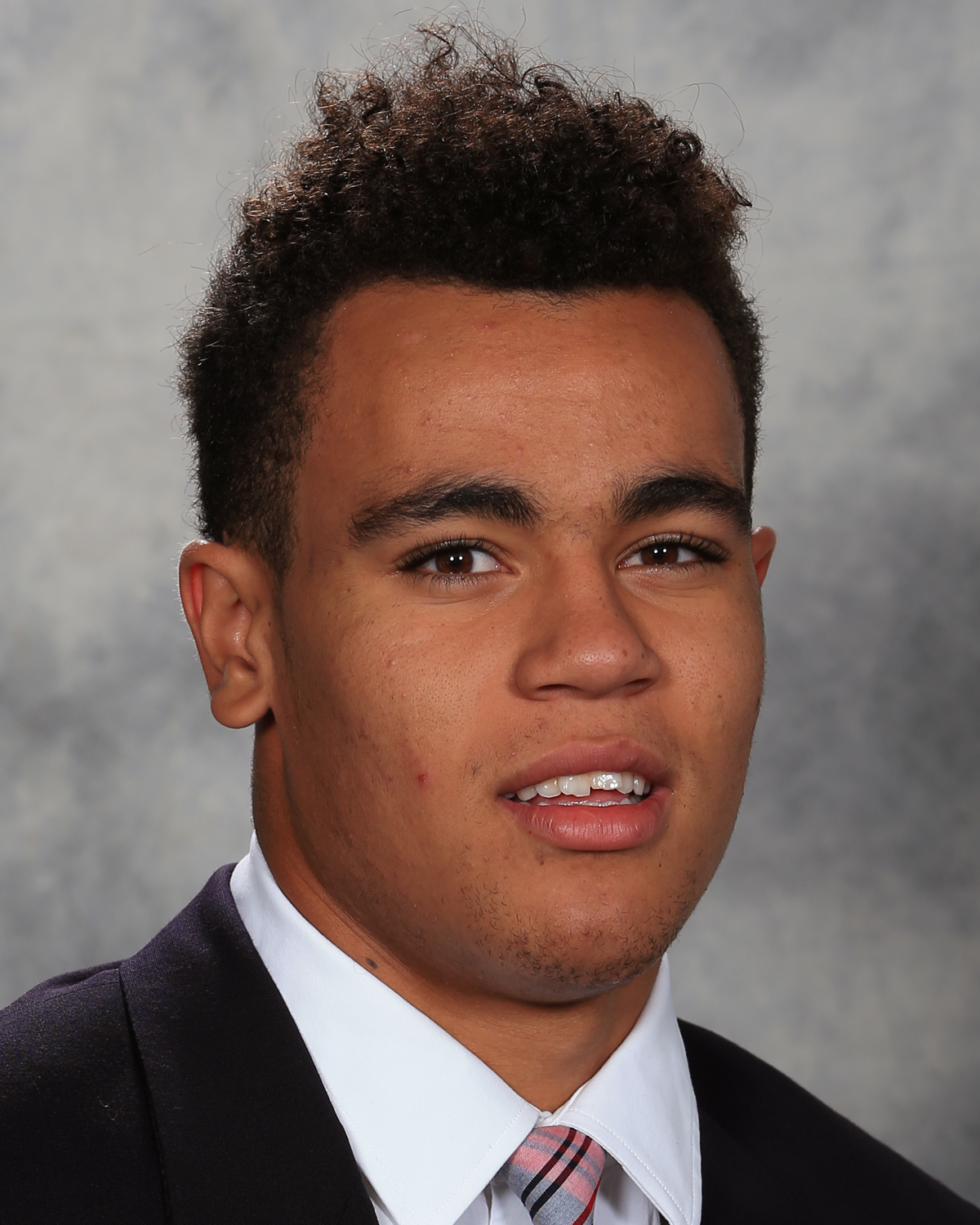