The glass above the family’s Binghamton, New York, garage door shattered. Father and son had been using the door for target practice, but this errant shot was of the some-fan-just-got-a-souvenir variety.

“My mom was out getting groceries,” recalled Max Jones, who says he was 5 or 6 at the time. “When she got home, he had to explain to her what happened.”

The game of hockey is generational in nature, often passed down from fathers to sons, from those sons to their sons. Dads are often the ones who flood the backyard in winter, drive to 6 a.m. practices before work and fork out money for new equipment every year, not to mention provide the caloric intake a growing body skating twice a day requires.

At least 14 players participating in Thursday’s CCM/USA Hockey All-American Prospects Game in Buffalo can thank Pops for passing along something more than a love for the game: their genes.

There’s a reason NHL insiders and even novice puckheads recognize some of the names dotting Team Plante and Team Roenick’s rosters for the annual American talent exhibition, set to air at 7 p.m. ET on NHL Network. Eight players – Max Jones, Kieffer Bellows, Logan Brown, Luke McInnis, Graham McPhee, Drake Rymsha, Tage Thompson and Matthew Tkachuk – all have dads with NHL experience. Another, Griffin Luce, has a grandfather (Don Luce) in the Buffalo Sabres Hall of Fame and a dad who serves as the Florida Panthers’ director of scouting.

They all aspire to greatness. And they've all grown up with a real-life, walking, talking, skating, shooting, sometimes glass-breaking blueprint.

“It’s a privilege to have my dad be such a great player, but more importantly a great guy,” said Bellows, the son of four-time All-Star and 1993 Stanley Cup-hoisting Brian Bellows. “He’s my best friend. He’s my dad. He’s something special to me. Growing up, he didn’t put a lot of pressure on me. He let me be the player I wanted to be and supported me throughout the entire process.”

But living, skating and breathing under the shadow of someone who played at the highest level can have its challenges, too. Just ask Luke McInnis, whose dad Marty spent 12 years in the league and now serves as an assistant coach at Boston College.

“It’s hard,” said the younger McInnis. “He’s really tough on me, but it helps out a lot.”

Not too tough, apparently. McInnis is committed to play under his dad at Boston College next year — just across town from Kieffer Bellows, a Boston University recruit and the 2014-15 United States Hockey League rookie of the year.

Indeed, the benefits of having a sounding board who’s been through the amateur-level wringer far outweigh any added pressure from having an NHL dad, the son of retired power forward Keith Tkachuk contends.

“There’s really not any negatives about that,” said Matthew Tkachuk, who plays forward for the Ontario Hockey League’s London Knights alongside Max Jones. “I do hear people comparing, ‘You’re like him,’ or, ‘You don’t play like him,’ and that is kind of a challenge, but overall it’s just been great having a guy like that around, a guy who’s been through it, who knows the game.”

And an aspiring talent is granted access to resources he never would’ve had otherwise. That’s especially true for Graham McPhee, another Boston College commit who will start classes next fall after his final year with the U.S. National Team Development Program.

It took the Russian phenom a while to establish residence, so the McPhees took him in for a few months. Nineteen-year-old Ovie and second-grade Graham frequently played NHL video games on the Xbox and knee hockey in the basement. One day, Ovechkin placed himself between the pipes and told Graham if he took 10 shots and scored on at least half of them, he’d buy the youngster a video game of his choosing. McPhee didn’t score once, storming off to his room in a tearful rage.

The next day, a brand-new video game was waiting for him downstairs anyway.

“Having a dad who’s part of the NHL is just really cool,” McPhee said. “It was great hanging around the pro guys. That taught me how to be a professional. 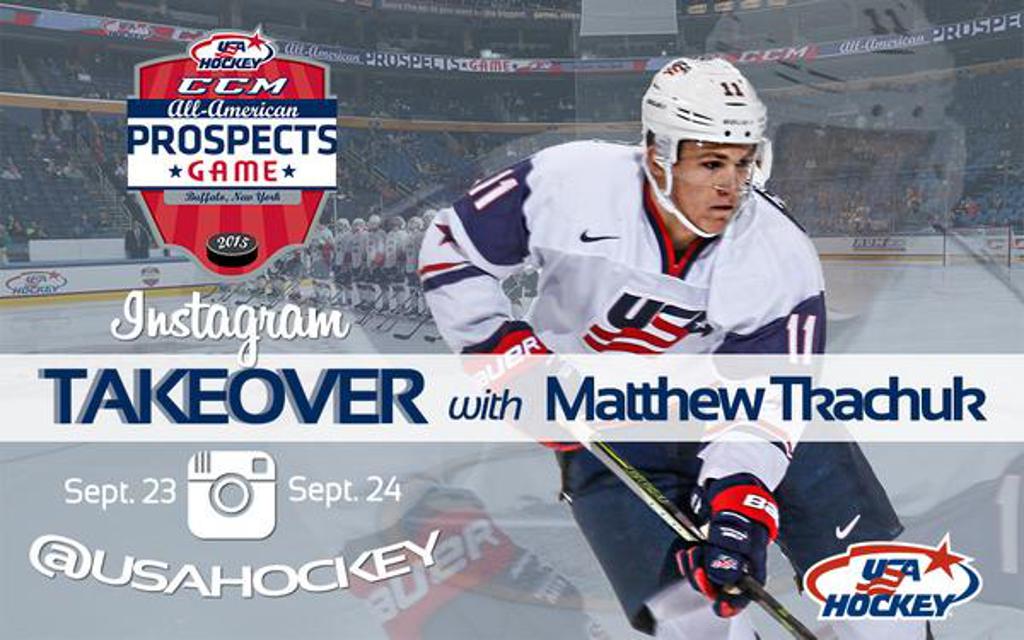 The University of Michigan commit had a goal and assist in the overtime win.