Now in its Sixth Edition, Prospects Game is a Scouting Showcase

If there is one word to describe what the CCM/USA Hockey All-American Prospects Game has become over the years, it's “showcase.”

As American hockey players continue to expand their influence in the NHL and internationally, USA Hockey sought a new way to attract and grow hockey players. With volunteers, organizations and leagues across the country continuing to develop high-quality player, the idea of a game to showcase the future of American hockey came to fruition.

"The original concept was a way to celebrate the American player and to show off the players heading into the NHL Draft," said Jim Johannson, USA Hockey's Assistant Executive Director, Hockey Operations. "To get players from all the varied backgrounds and training showcased in one place."

Enter the CCM/USA Hockey All-American Prospects Game. Started in 2012, the game provides some of the top U.S.-born players the chance to showcase their skills on a national stage as they enter their draft season.

For fans, it is a chance to see future NHL stars born, raised and developed in the United States.

"When you look at the type of players that have come through this game – a Calder Trophy finalist, two Hobey Baker winners, a pair of NHL All-Star game players – it's great for our players and the development of the sport,” Johannson said. “The huge effect is just to draw more kids to play the game. The history keeps growing on this.” 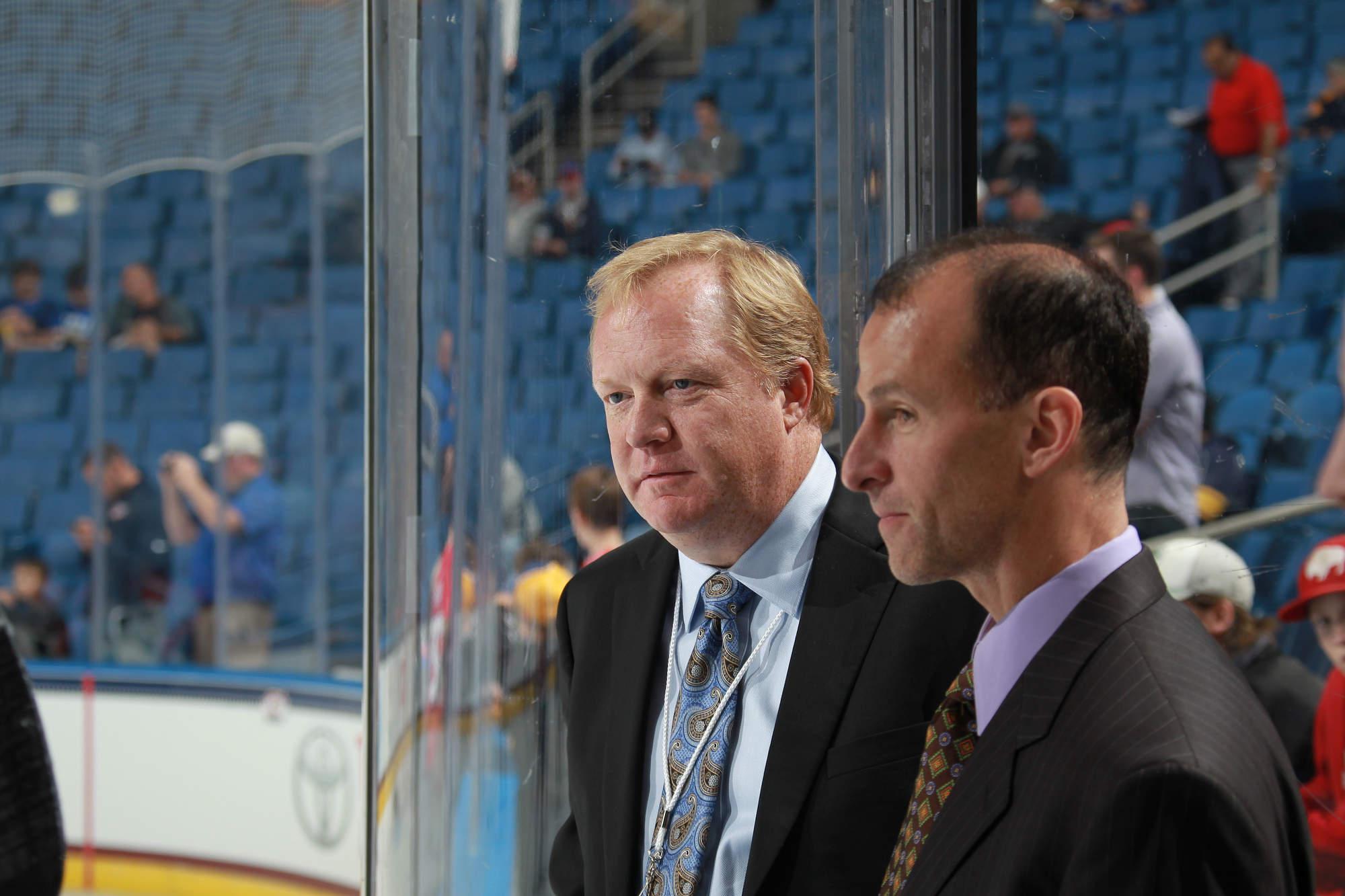 Johannson at the 2014 All-American Prospects Game

Naturally, a game that showcases some of the best U.S.-developed talent also draws the interest of NHL scouts as they to identify, appraise, and grade American hockey prospects for future drafts.

“Anytime you gather together the top players in one place, that's ideal for scouting," said Dan Marr, director of NHL central scouting.

Today, the game attracts well over 100 scouts from all the NHL teams as it has become a mainstay in the scouting calendar. What’s more is how the game has become yet another event that aspiring players target to play.

“Players realize the opportunity this game presents. Whether that is to size themselves up against their peers entering their draft year or just to make an impression on scouts and teams in attendance, the players themselves are now aspiring to be in this game,” said Johannson.

The selection process is a collaborative affair with NHL’s Central Scouting.

"The process has refined itself," Marr said. "The NHL has given the mandate of identifying the best prospects. We work off a futures list and submit names to get a good feel we have the right players earmarked to perform in that game." 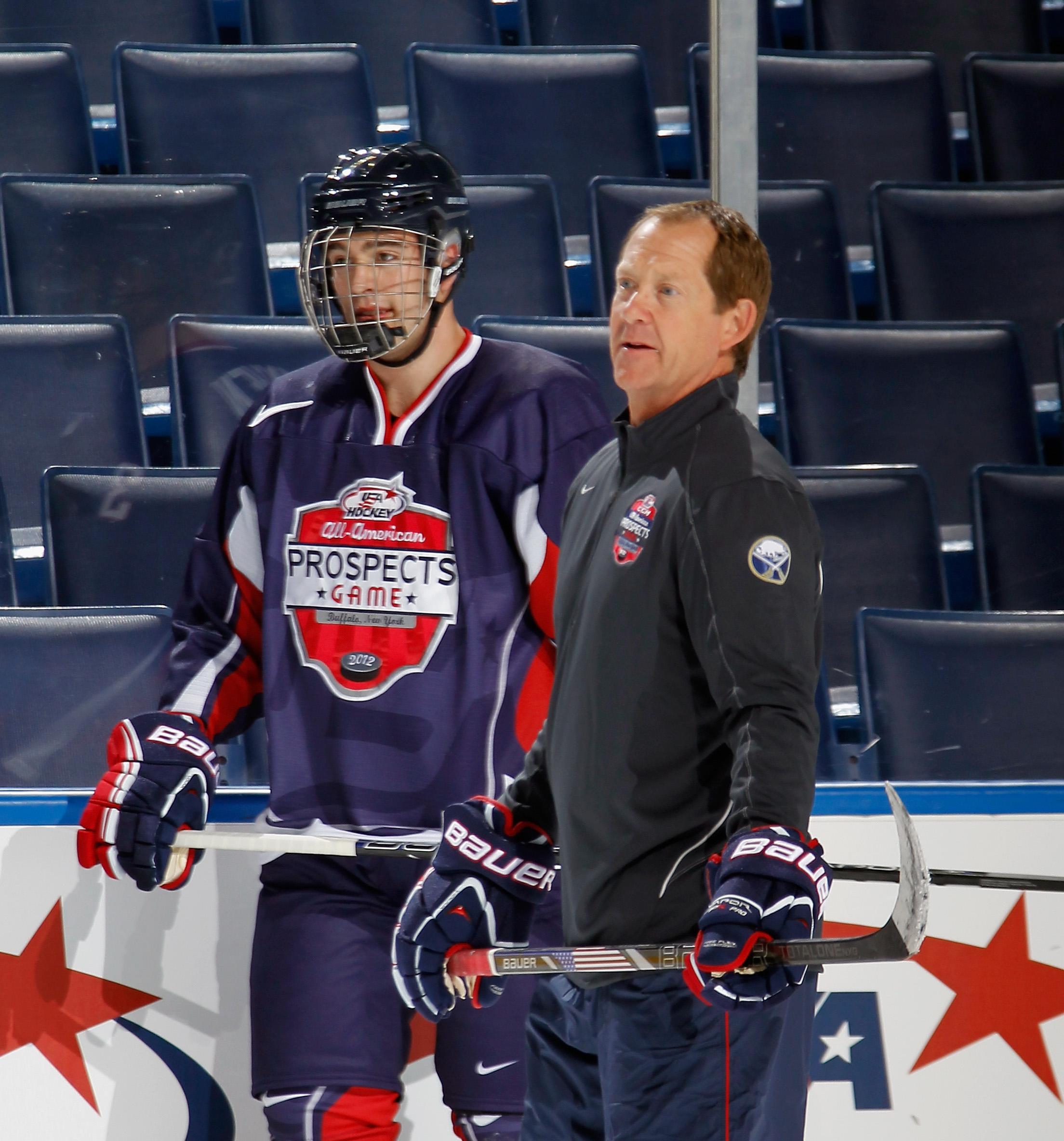 Players are assigned a grade at this part of the season, which then is utilized by scouts. It's an opportunity for NHL clubs to appraise players and identify top selections who should be on their radar.

“What we’ve seen players in this game go on to accomplish over the last five years shows just how much talent is on the ice at this event. The talent level continues to be excellent, and we anticipate another large number of players playing in this year’s game to go on and hear their name’s called at the NHL Draft in Dallas next June.”

Hosting the game in an NHL arena is part of the overall showcase plan. Bringing in former NHL stars to coach the young players also adds a unique experience to these players.

“The secret to the game, really, is that it’s not just a showcase for scouts and fans but for the players themselves,” Johannson added. “As part of our partnership with the NHL, we want to provide these players a little taste of the NHL life whether its hosting the game in an NHL rink, showing NHL locker rooms or having former NHL players serve as their coach. With this year being an Olympic year, I think there’s also that special tie to our coaches in Chris Chelios and Brian Leetch.”

What about the game itself? After all, the players don't even have time to practice with each other. Plus, it's early in the season. Then there is the misunderstanding that this could be seen as an all-star game, which typically turn into offensive shootouts with little interest in defense.
"The game is in the players' hands," Johannson said. "The players determine how the game is going to be. We tell them they are here to showcase your strengths and talents. Just go play. If you're the type who drives to the net, then drive to the net. If you're the type who plays defense, then play defense. Show how well you skate, your strength on the puck, your shooting ability. It takes about two shifts for them to figure it out and then it becomes a hockey game."

Marr concurs. "It's more touted as, 'Show us what you got.' If it comes to shooting or passing, most players are going to shoot. Players can go off script to show what they can do well."

With no team in AAPG history having scored more than six goals and no margin of victory having been greater than three, this event is anything but an all-star game. After all, defenders and goaltenders are just as motivated to show their wares as the forwards. Plus, at this level of talent, never underestimate the will to win.

"Everyone involves in this game enjoys it – from the players and coaches to the fans themselves," said Johannson. “It truly is a showcase of American hockey with ties to the past, present and future.”