NHLers Look Back With Fondness at AAPG Experience

Thursday’s game is a potential launching pad for NHL careers

For any American draft-eligible player invited to play in the CCM/USA Hockey All-American Prospects Game, it is an honor, an opportunity and a once in a lifetime experience.

Most of all, it's a moment to savor.

Zach Werenski played the year before that and also remembered what a “really fun" experience it was.

Luke Kunin, who played on Tkachuk's line in the 2015 game, just needed one word to describe his experience, "Awesome." 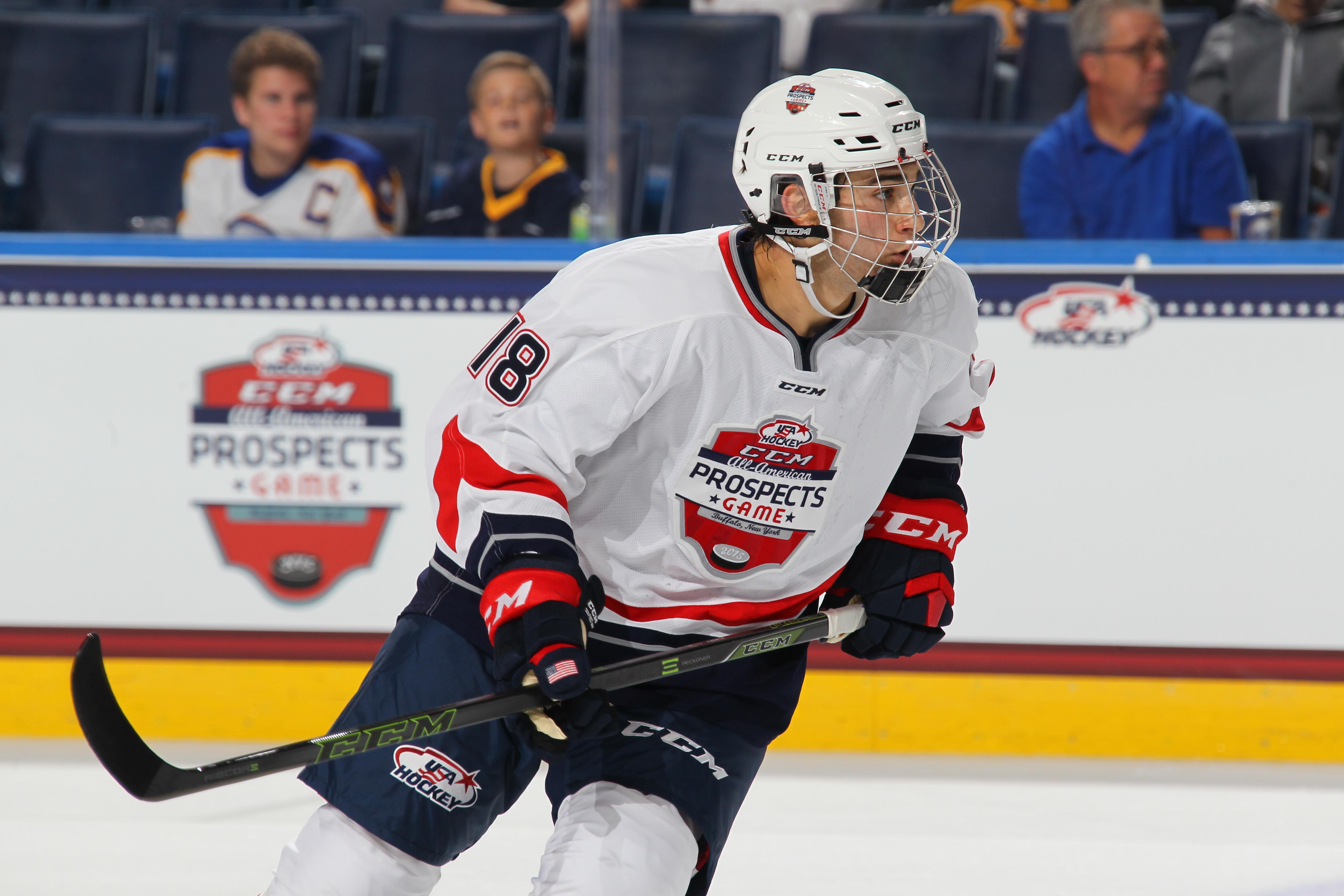 Former players talk about how the game acts like a jumpstart to their draft year. Kunin was a perfect example.

"It starts off the year with a pretty important game. If you play well, it puts you on the right track for the season," he said. "It was huge for me. I was around a late first rounder, early second rounder before the game. I had a good game, played well. It opened some eyes with some people. It can put you on a good path. It can help you."

That path eventually led to Kunin being selected 15th overall by the Minnesota Wild.

Tkachuk used the game for more than just proving himself: "Since I played major juniors that year, it came before my first game, so it got me right back in the swing of things, playing against the best players in the country. It was a good chance to prove yourself."

That start propelled Tkachuk to being a sixth overall pick by the Calgary Flames, where he finished seventh in the Calder Trophy voting in the 2016-17 season.

Werenski took in the specialness of the experience: "It's the first game that kicks off the draft year, so you want to do well. It's the first time they make you feel like a pro with the media and cameras. It was a cool experience."

He certainly feels like a pro now after finishing third in last year's Calder Trophy voting after getting drafted eighth overall by the Columbus Blue Jackets.

There's a lot that goes on during a player's draft year that can help determine what the scouts think. The AAPG is one tool in that process, but a unique one.

"A lot of the top guys you don't get to see much in your draft year because they are playing in different junior leagues or college, so you get to go up against the best U.S. prospects," Werenski said. "You have to just play your game. Just do what you do well. The game puts guys on the radar. You want to do well so they come out and watch you more." 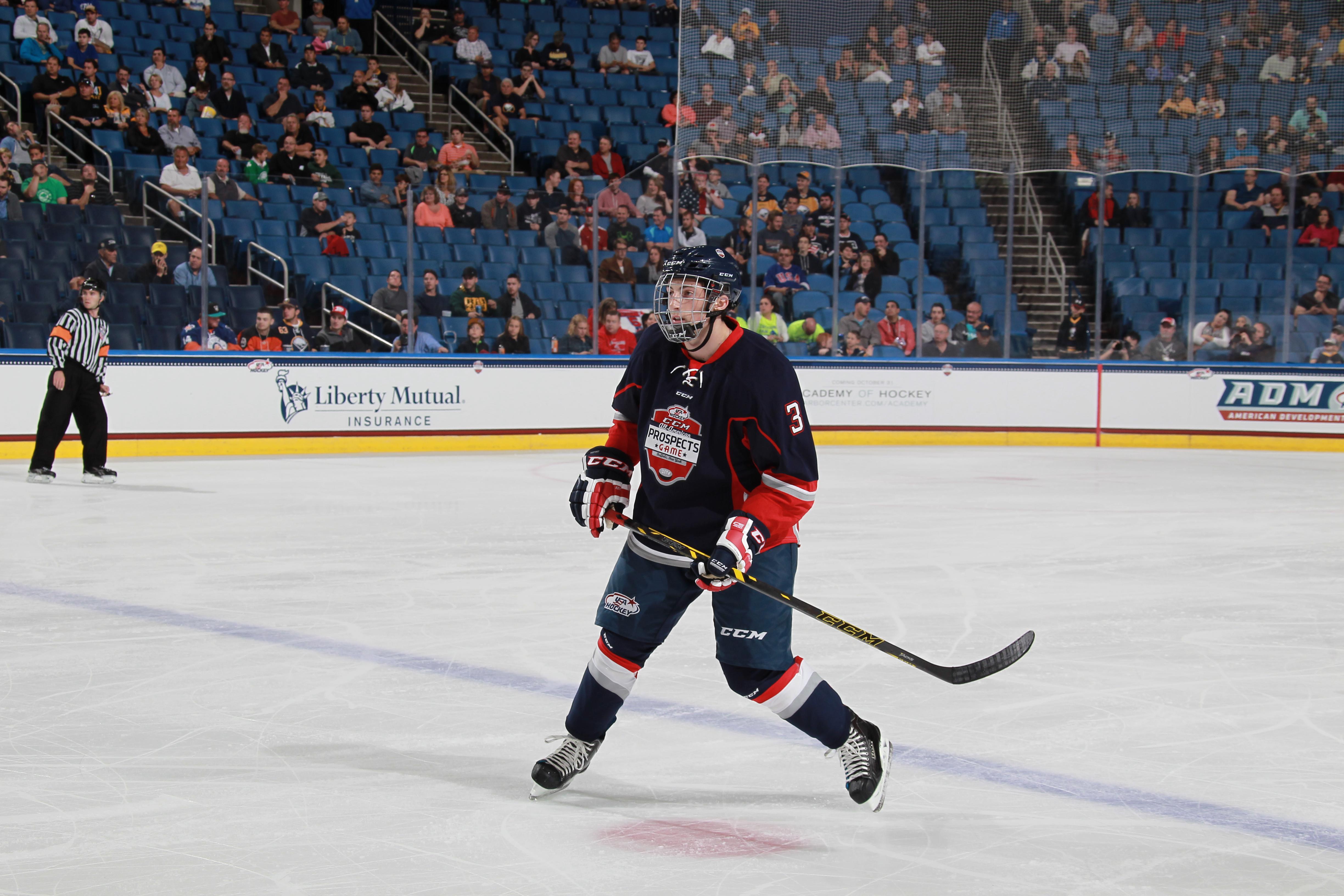 Werenski in action at the 2014 AAPG in Buffalo

Tkachuk concurred, saying, "It's the best draft eligible players in the U.S., so if you can stand out, you can make a name for yourself. Our line did well, so it got us a little bit more noticed."

Most of all, the players' advice to this year's participants is simply enjoy it.

"Don't overdo it," Kunin said. "Play your game. Play to your strengths. Don't try to do too much. The one game won't make it or break it for you. Have fun."

Werenski loved it so much, he wishes he could do it again: "Take it all in. Enjoy it. Your draft year is fun. I wish I could go back to my draft year and do it again. It only happens once."

This is the fourth time in six years the AAPG has been held in Buffalo, and Kunin, Tkachuk and Werenski all played theirs there. Additionally, Tkachuk and Kunin were drafted and participated in the NHL Combine in Buffalo.

"I really like Buffalo," Tkachuk said. "You realize hockey is pretty big in Buffalo."

Kunin said, "We had a pretty good turnout for our game there."

Besides the NHL ties and events, the Buffalo area seemingly holds some version of the USA Hockey National Championships every year and has monopolized the New York State District tournaments in suburban Amherst.

This year, Buffalo will host the IIHF World Junior Championship for the second time in seven years, including putting the USA-Canada game outdoors at New Era Field where the Buffalo Bills play.

Kunin knows all about world juniors, having been the captain of the gold medal team last year.

"Anytime you get a chance to put on the USA jersey, it's an honor," Kunin said. "It's bigger than you as you are playing for something greater than yourself and your team. Anytime I have an opportunity to put on the jersey, I'm always going to say yes. Buffalo is a good spot for the world juniors."

Werenski said, "It's a great place to host the world juniors and the prospects game. The perfect city for it."