Paul Cotter (Canton, Mich./Lincoln Stars) evened the score for Team Chelios with just over five minutes remaining in the opening frame. Cotter collected the puck in the corner, skated out in front and slid the puck by goaltender Jonathan Mor (Highland Park, Ill./U.S. National Under-18 Team) to tie the game after one period.

Savage scored his second goal of the night on a wrist shot from the right circle with 3:52 left in the middle frame to give Team Leetch a two-goal lead entering the final period.

Randl made it 5-2 in favor of Team Leetch 2:09 into the third stanza before Team Chelios responded with a trio of goals in the next 2:55.  Jay O’Brien (Hingham, Mass./Thayer Academy) started the scoring before Jack Perbix (Elk River, Minn./Elk River High) and Ryan O’Reilly (Southlake, Texas/Madison Capitols) each tallied to knot the score, 5-5.

With just over five minutes to play, Christian Krygier (Novi, Mich./Lincoln Stars) found Tkachuk at the right face-off dot for a one-timer that proved to be the game-winning goal for Team Leetch.

DeRidder started the game for Team Chelios, finishing with 11 saves before Ben Kraws (Cranbury, N.J./Buffalo Jr. Sabres) turned aside 15 of 19 shots in relief. Mor, who started in net for Team Leetch, collected 10 saves before Jake Kucharski (Erie, Pa./Des Moines Buccaneers) made 12 saves in the victory. 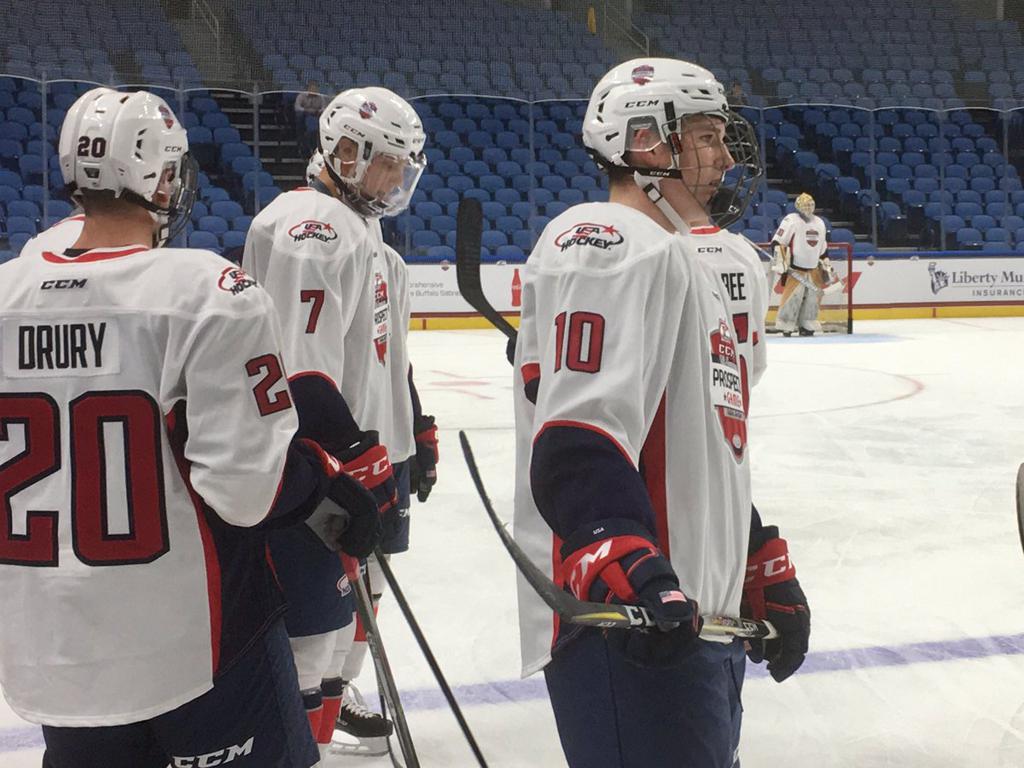