EDINA, Minn. — When Saint Paul, Minn., native Jack Dougherty was asked about his time at the 2013 CCM/USA Hockey All-American Prospects Game in July, his face lit up.

“It was awesome,” said Dougherty, who went on to be drafted by the NHL’s Nashville Predators and now enters his third year of professional hockey. “It was kind of like that first experience with the media. There’s so much hype around the event. It was a memorable time for me.”

Designed to bring the top U.S. prospects eligible for the year’s upcoming NHL Draft on one sheet of ice to showcase their talents for fans and scouts alike, the game is now in its seventh year of existence. Since its inception in 2012, the event has bounced from Buffalo, Pittsburgh and Philadelphia where hockey-mad crowds have seen some bright stars come take the ice, including Jack Eichel, Dylan Larkin, Clayton Keller, and notable Minnesota natives Brock Boeser and Casey Mittelstadt.

Now, for the first time, Minnesota will play host of the next wave of U.S. talent when the seventh rendition of the game takes place at the Xcel Energy Center on Sept. 19. Tickets are on sale now.

While the game may still be new for fans, Minnesotans in general should be no strangers to it. Aside from the Minnesota Wild having drafted six AAPG alums, including current Wild players Louie Belpedio, Luke Kunin and Jordan Greenway, to date more than 40 Minnesota natives have played in the game over the years. In this year’s game, Minnesota will have more representatives than any other state as 10 skaters from the self-proclaimed “State of Hockey” will participate in the event.

The two coaches leading the charge will also have Minnesota ties, as local natives and U.S. Olympians, Jamie Langenbrunner and Jordan Leopold will be behind the benches. Combined, they skated 28 NHL seasons and donned the U.S. crest 12 times. Their careers saw Langenbrunner capture two Stanley Cups while Leopold capped a four-year career at the University of Minnesota with a Hobey Baker Memorial Award and NCAA National Championship in 2002. 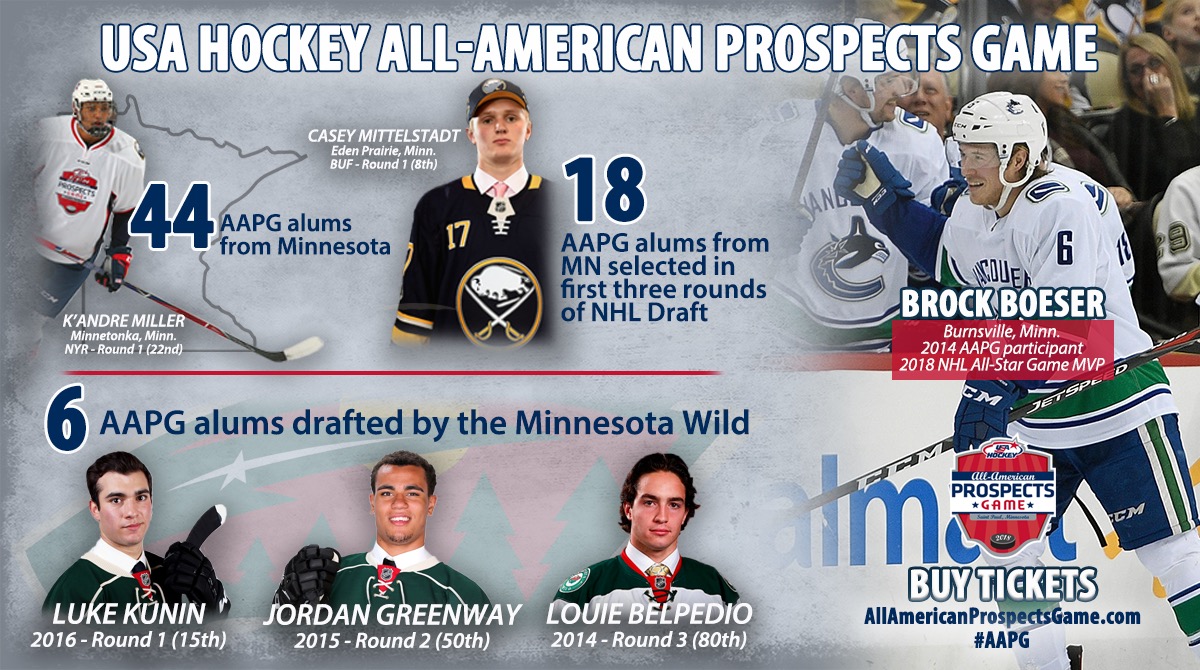 Boeser, who skated in the 2014 game and just last year became the first American rookie and second-ever rookie behind Mario Lemieux in 1986 to be named MVP of the 2018 NHL All-Star Game, noted the benefits of playing in the game.

“It’s just awesome to be there,” Boeser said. “You’re getting to play with those top players and play in front of that many  NHL scouts for the first time."

With the game set to place the top U.S. players against one another, Boeser said it can be a stressful experience but that, in the end, he took away a lot of positives from playing there.

“Ultimately, it’s important to make sure you’re having fun,” he said. “I made a lot of great friends there. We still stay in touch to this day."

Like Boeser, Brent Gates Jr., another 2014 AAPG participant who enters his senior season with the University of Minnesota Golden Gophers, looks back fondly on his experience at the game.

“It was a first-class event,” Gates said. “It’s kind of your first taste into what pro hockey is like. It’s one of the first times you can go in and compare yourself to the top guys in your age group.”

A true showcase event, the 42-player roster includes 19 players with experience representing the United States in international competition. Last April, six players – including Jack Hughes (Orlando, Fla.), the current consensus top pick in next year’s NHL Draft – helped the U.S. Under-18 Men’s National Team to a silver medal at the 2018 IIHF Under-18 Men’s World Championship. Additionally, 12 players, including Chaska’s Michael Koster, Edina’s Grant Silianoff and Roseau’s Aaron Huglen were part of the U.S. Under-18 Men’s Select Team that competed at the 2018 Hlinka Gretzky Cup this past August. In addition to 19 players set to play the 2018-19 season with USA Hockey’s National Team Development Program in Plymouth, Mich., 35 players are committed to playing college hockey.

The Xcel Energy Center is a familiar building to all the Minnesotans who grew up watching their NHL heroes on the Minnesota Wild. But it will be especially familiar for those who competed in the Minnesota State High School Hockey tournament on the same ice last March.

University of North Dakota commit Ryder Donovan, who will skate for Team Leopold, played with Duluth East High School in the championship game. He’ll return to the Greyhounds this year, one of seven high school players on the AAPG roster. Also in the state tournament was Edina High School’s Ben Brinkman who will skate this season for the University of Minnesota. 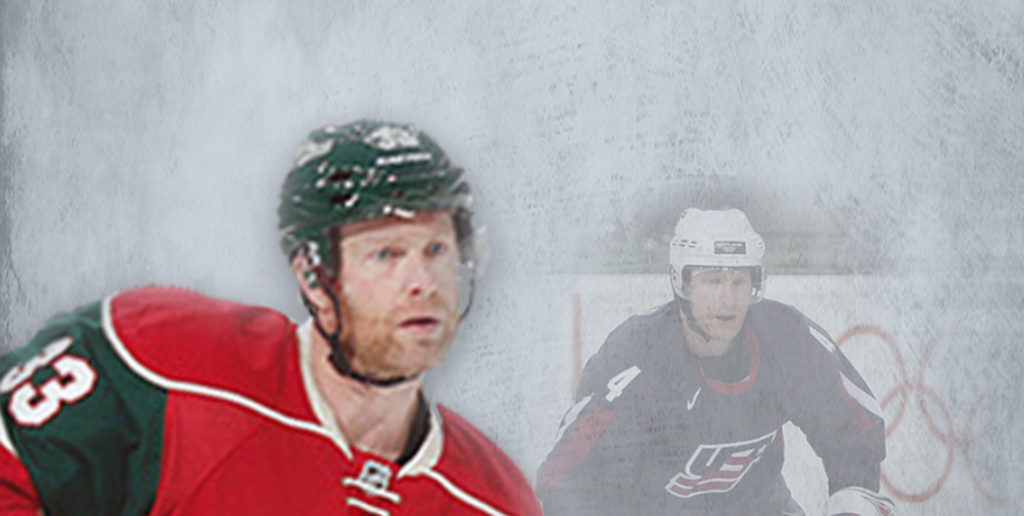