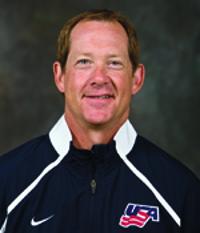 Housley spent 21 seasons in the National Hockey League. A first-round draft pick (sixth overall) of the Sabres in 1982, he spent the first eight years (1982-90) of his career there and, in 2007, was inducted into the Buffalo Sabres Hall of Fame. Housley also played for the Winnipeg Jets, St. Louis Blues, Calgary Flames, New Jersey Devils, Washington Capitals, Chicago Blackhawks and Toronto Maple Leafs. He concluded his career with 1,232 points (338-894), the most by an American-born defenseman.

Housley had a remarkable playing career with Team USA, representing his country at 11 international tournaments, winning the 1996 World Cup of Hockey and earning a silver medal at the 202 Olympic Winter Games. He was inducted into the U.S. Hockey Hall of Fame in 2004 and the International Ice Hockey Federation Hall of Fame in 2012.