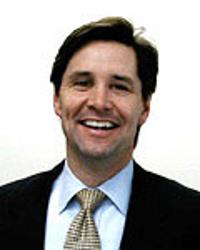 McClanahan is famously known for his role in helping the U.S. Olympic Men's Ice Hockey Team capture the gold medal at the 1980 Olympic Winter Games in Lake Placid, N.Y. Following its victory over the Soviet Union in the "Miracle on Ice," Team USA beat Finland to garner the gold medal. McClanahan notched the game-winning goal against the Finns and had five goals in seven Olympic contests. The 1980 U.S. Olympic Men's Ice Hockey Team was inducted into the U.S. Hockey Hall of Fame in 2003.

Selected by the Buffalo Sabres in the 1978 NHL Entry Draft, McClanahan spent parts of two seasons (1980-81) with the Sabres. He also skated for the Hartford Whalers and New York Rangers during his NHL career, which concluded in 1984.

A native of St. Paul, Minn., and an alumnus of the University of Minnesota, McClanahan is now a businessman in Minneapolis.